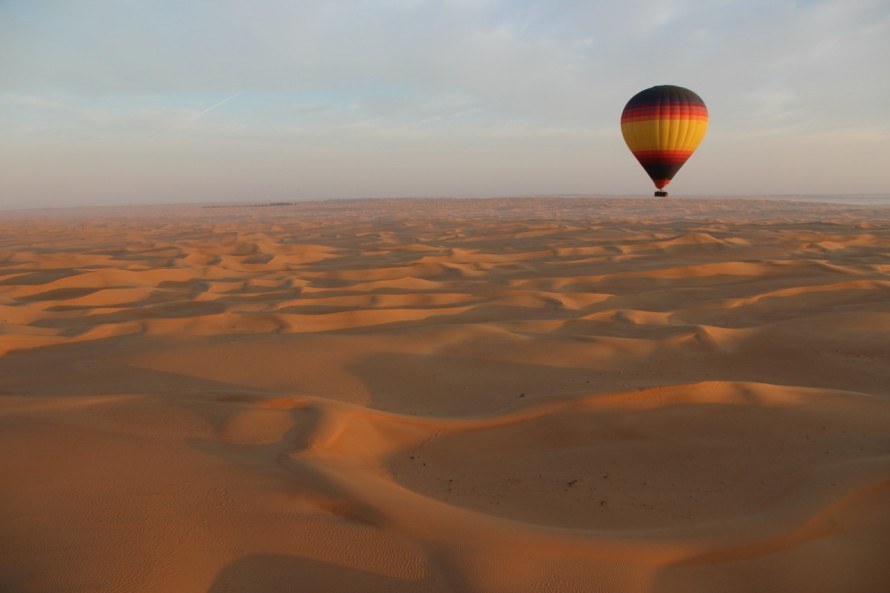 Before I travelled to Dubai for the first time, I had heard a lot about it. Mainly that it had the biggest, tallest, greatest of pretty much everything. It is a city made wealthy by the discovery of oil but made famous by it’s pursuit to be number one and break countless records. Putting together a list of the best things to do in Dubai is difficult only because there are so many things for you to do while you’re there that it hard to pick only a handful of Dubai attractions.

As a preface to my recommendations, here are a few details that may help you with logistics before you travel to Dubai.

The Top Things To Do in Dubai 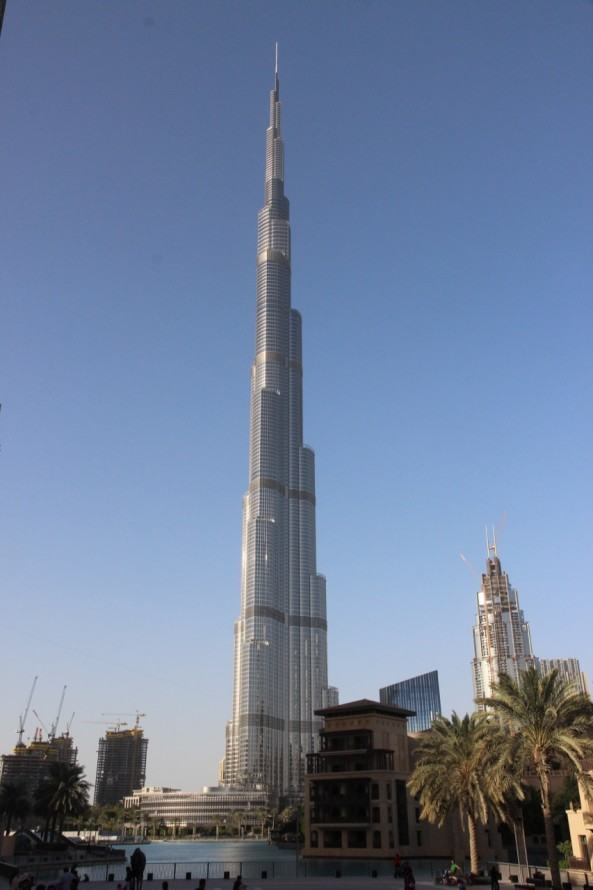 Visit the Tallest Building in the World

If you haven’t heard, Dubai is home to the tallest building in the world. It is called the Burj Khalifa and yes, it is massive. There is no way to miss it on the city skyline. Taking the title from Toronto’s CN Tower, the Burj has been featured in the Mission Impossible starring Tom Cruise and is a whopping 829.8 m (2722 ft) tall. You can visit as high as as the 148th floor. This one makes the list of things to do in Dubai because not visiting the Burj Khalifa is like going to Paris and not visiting the Eiffel Tower.

Go Shopping at Dubai Mall and Visit the Dubai Fountain

Yes, this is two things but they can easily be done together. One of the most popular things to do in Dub
ai is shopping. There are plenty of malls and every single store you can imagine. If you time your shopping properly, you can catch the show at the Dubai Fountain which begins at 6pm every day and happens every half-hour following. The fountain show is the largest is the largest in the world (of course) and is created by the same designers that did the show at the Bellagio in Las Vegas.

Take a Hot Air Ballon Ride Above the Desert

For starters, if you have never been in a hot air balloon, it is a truly magical experience. Rising up into the sky and majestically floating through the air – it’s like being in a dream. Easily one of the best things to do in Dubai is to hop in a balloon and sail over the desert. This experience is so different than being down in the sand as you can take in the sheer magnitude of the desert while admiring the fiery sunrise! You can check out the balloon ride I took here. 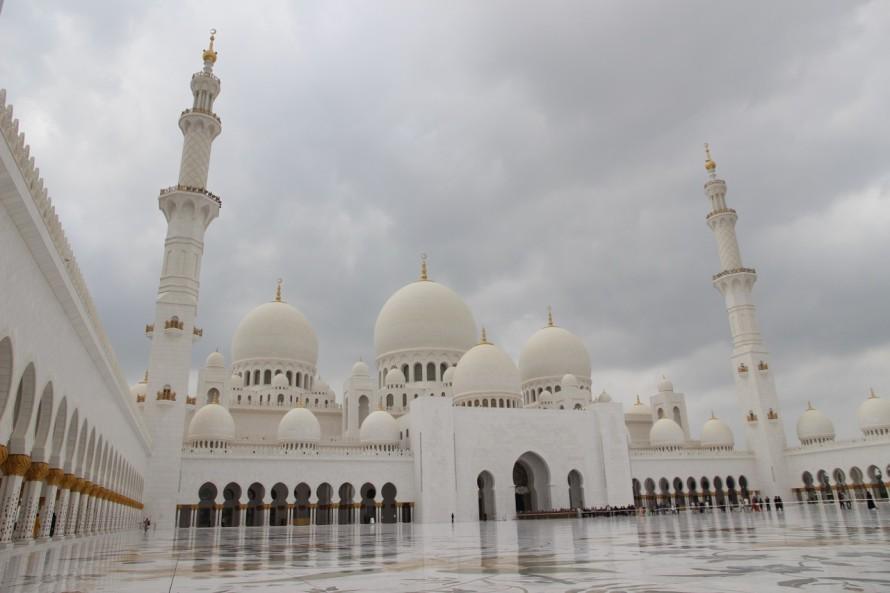 Head to Abu Dhabi for the Day

If you have more than a couple days in Dubai, you may want to consider heading over to Abu Dhabi for the day, the country’s capital. It is home to the Sheikh Al Zayed Grand Mosque, one of the largest and most beautiful mosques in the world where you will find the largest rug in the world.

There are so many ways to get around Dubai but one of the most traditional and enjoyable ways is on an Abras. These water taxis are extremely inexpensive, usually full of locals and act as a great way to admire the city from the water. I took one when I was heading to the souks and loved it. 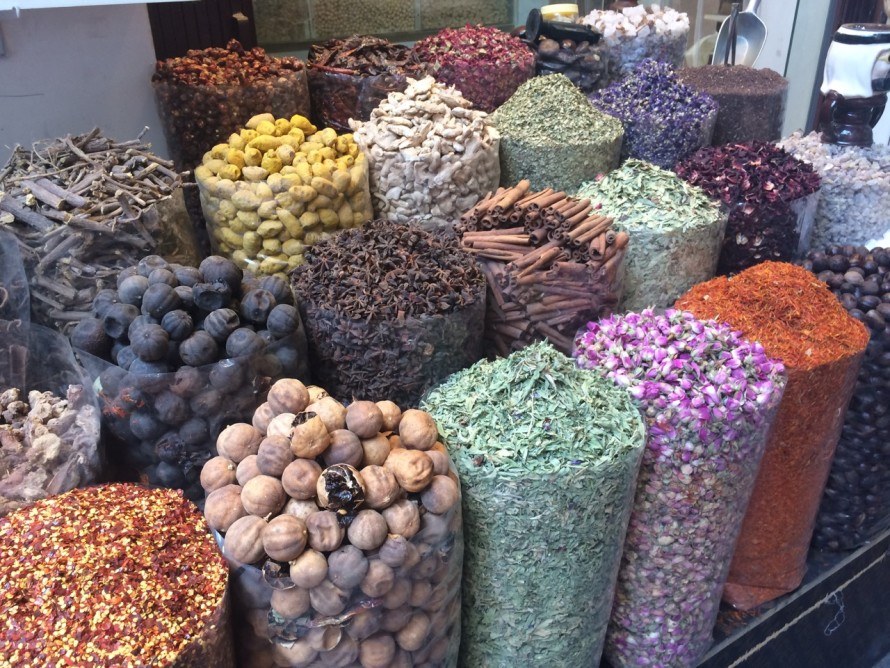 Explore the Spice and Gold Souks

Two of the oldest and most famous spots in Dubai are the spice and gold souks. A souk is essentially a collection of narrow streets that make up a market. As their names would suggest, one sells gold, the other spices. For many years, importers have brought these goods to be traded for other commodities. Be prepared for a rainbow of colour in the spice market and consider buying some gold – it’s one of the cheapest places to get it!

As a city in a desert, it only makes sense that camel’s would come into the equation somewhere, and not just for riding. Many dishes include camel meal so there are plenty of opportunities to give it a taste. While you’re at it, wash it down with some hot camel tea. In my own experience it was rather salty and was advised to drink just a bit as too much can upset your stomach. 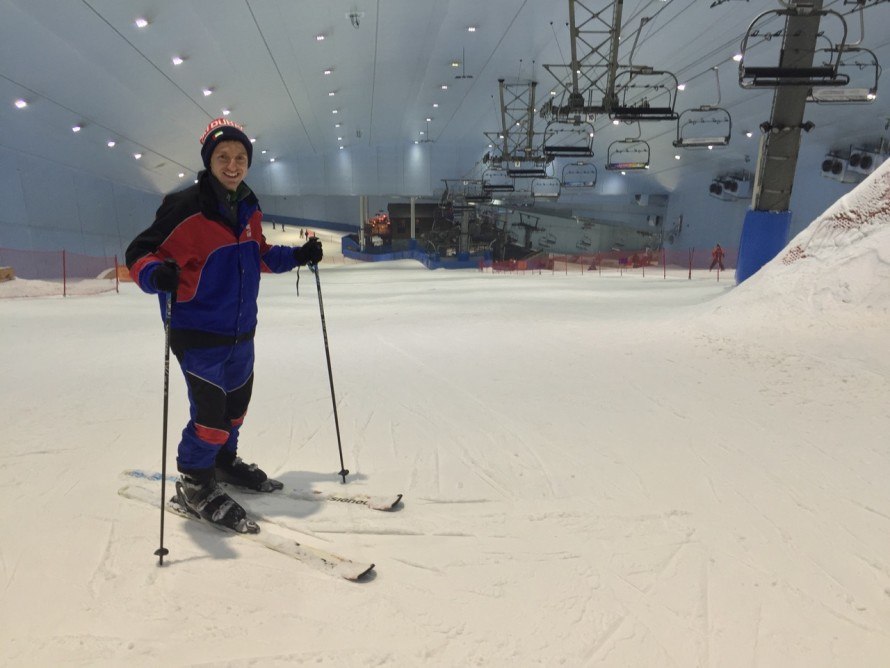 You’re probably thinking: ‘Ski? In the desert?’ Surprise, Dubai is home to the largest indoor skiing facility in the world called Ski Dubai. It’s a approximately -3 Celsius inside and there are plenty of wintery activities including bobsledding, skiing, zorbing or meeting the penguins. You could also just ride the chairlift, which is actually quite popular as many guests have never ridden one before. Oh and don’t worry, they supply everything you need for skiing in your price of admission aside from a hat and gloves. You can check out pass options here.

Relax on the Beach

After the chill of indoor skiing you’re going to warm up and rest your muscles on the beach. Burj Beach is pretty popular, has nice sand and best of all gives you an excellent view of the Burj Al Arab, a famous luxury hotel known for sail shape. 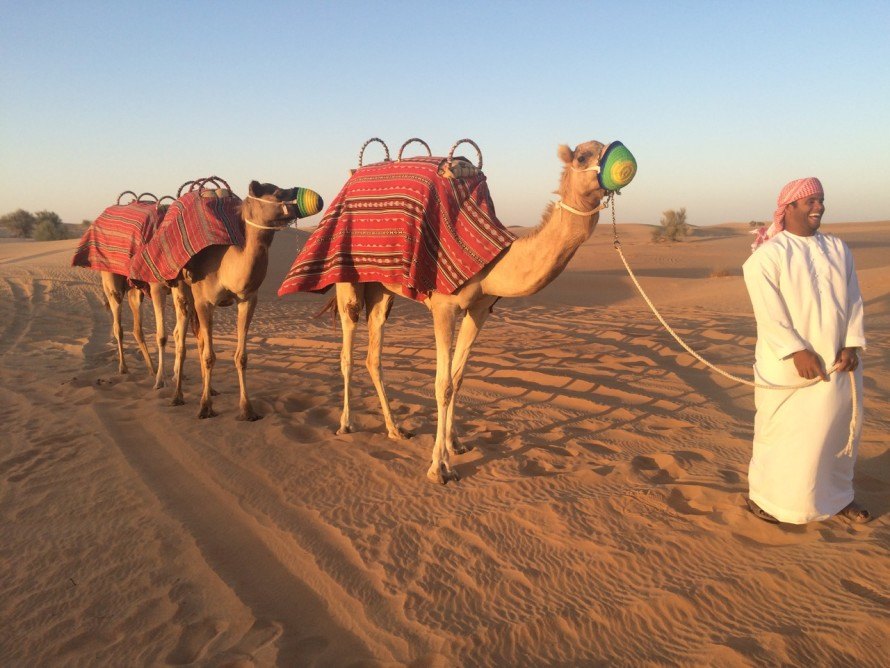 My Top Pick: Go on a Desert Safari

I have saved the best for last! You would be very much missing out to visit Dubai and not venture into the desert. The city of Dubai is a true feat of human design as it was built in the desert and could very well be swallowed up by it again some day. I’ll admit that I was weary about how interesting a bunch of sand dunes could be but I was pleasantly surprised. We drove through the dunes, snapped some pretty epic photos, tried sand boarding, rode camels and experienced some traditional food and culture. The desert is truly beautiful. I tried two safaris: a standard safari and a more luxury safari. Both I would do again.

Whether you have an entire week, a few days or a very brief layover, there is no shortage of things to do in Dubai that will have you coming back for more.

Have you been to Dubai? Share your favourite experiences in the comments below! OR ask a question for you future trip!